It's been a while since my last post and not because there wasn't anything interesting to write about, but because I've been involved in so many projects happening simultaneously that I just couldn't find the time. But, now that I finally have a little breathing room, I thought I write about one of my recent challenges that being the new Saturn Digital Media website.

After some careful planning, graphic design and some scripting, I was almost ready to release our brand new website into the world it just needed a few final touches. But, before dotting all I's and crossing the all T's, I felt that I was entitled to a little break. Even though I'm a big movie buff, lately I have been really busy and consequently fell behind with all the releases. So, I took some time on the Internet to visit a few of my favorite movie review sites to see what I've been missing. Then I also read a few articles on-line followed by some random browsing just for fun. Overall, it felt really good to just relax and waste some time for a change. However, after getting the chance to look over some of the other web layouts it hit me like a Zeus's thunderbolt, a series of questions began flooding my mind that I just couldn't shake. Questions like, what makes my website different? Does it stand out? And, what's so innovative about it? With these questions bouncing back and forth inside my brain like a game of Pong, I soon realized that the website I created brought absolutely nothing new to the table. But, how does it compare with the other Digital Signage companies? After some Googling I quickly discovered that my site wasn't sub par in the design but didn't surpass anything either. At least based on the designs that I saw, it appears as if web designers got stuck inside some non penetrable bubble that's void of any inspiration. With our society constantly in the fast lane and users expecting websites with easily accessible information that load under 2 seconds or so I read, I can understand why designers would be inclined to keep their designs simple and especially when factoring in cross browser compatibility. However, staying on the safe side also comes at a price that no web developer should ignore, the risk of being lost in the shuffle. Did you know that by the end of 2014 there will be an estimated 1 billion active website on the Internet? According to internetlivestats.com, 2013 alone saw an increase by more than one third from about 630 million websites at the start of the year to over 850 million by December 2013. Given these facts, it became clear that I needed to rethink the design of our company's website. So the following day, I started thinking about what Digital Signage is with words like modern, motion, futuristic and multimedia quickly came to mind so I jotted them down as well as did a few sketches for what the potential layout could be. It felt like I was on the right track but still haven't quite nailed down the look or the navigation, but I wanted it to be interesting and fun for the user. Later that evening, I sat in front of my television to watch an old episode of the “Person of Interest”, recorded on my PVR and waiting to be watched for over a month. As the episode played on, there was a scene with the villain booting up a super computer called the “Samaritan” and during the booting sequence you could see lines of code running buy as well as a number of floating panels animating in unique ways each filled with all sorts of information. It looked really cool and by the time the show was over I had an epiphany, what if I make the website look and function like one of those touch screen interfaces seen in many of today's movies? With all the modern browsers fully supporting CSS (Cascading Style Sheets) animations, this could definitely be achieved with the help of some clever coding and I was pumped to get started. So now that I knew the what and the how, it was time to finally nail down the look. The Internet can be a great source for inspiration so I searched for different interfaces, HUD (heads-up display), as well as some other abstract art. There was lots to choose from but the examples below really caught my eye and offered a great starting point for what ultimately would be my final interface.

Interface as seen in movie Prometheus 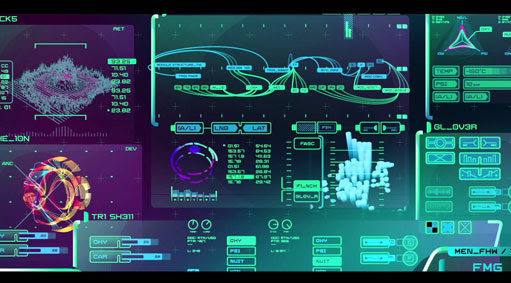 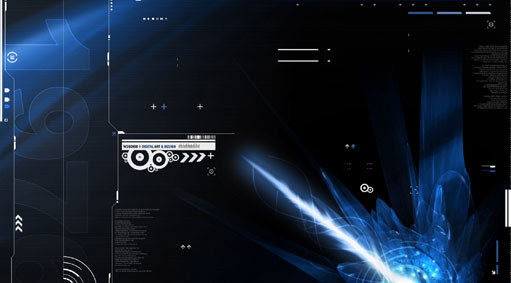 At this point I'm also thinking about the functionality of the website as well as what animations and how they will be triggered. To prevent myself from being painted into a corner, I have assembled a quicky website using only simple boxes that were representative of the various elements as well as wrote some basic code to make it functional. 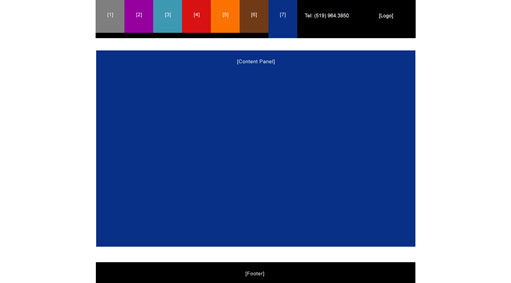 By doing this, I was able to experiment and put my ideas to a test to make sure they all work prior to proceeding with the graphics. This already was a website do over, so I wanted to make sure that no more time was wasted than necessary. After all the tests proved to be successful, I proceeded to create the final graphics which despite of planning, some still have undergone a few alterations from their initial concept. 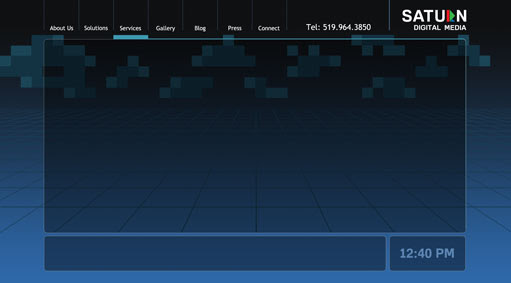 With the graphics completed, it was time to plug them all in and test the website across all Internet browsers which inevitably results in inconsistencies and bugs that needed fixing. Once everything looked good, the final step was to write up all the content and again test to make sure it all looks consistent across all the different browsers.

In conclusion when deigning a website but not only, it's very easy to fall into the habit of doing what you know and end up creating quick and safe designs that can't go wrong. The problem however, is that as the Internet is getting bigger and bigger those that play it safe will ultimately end up being lost in the shuffle. By thinking outside of the box and pushing through traditional conventions, there is great potential to stand out from the pack and provide your audience with a unique browsing experience that they will want to revisit and share with their friends. Of course more than satisfactory site traffic is not automatic and generating it will require a lot of hard work as well as SEO, all of which is beyond the scope of this article. But, by being innovative and unique you will already be miles ahead of those that choose to design by the book.

To see the final website you can do so by visiting www.saturndm.com and please use a desktop computer with an updated browser as well as don't forget to sign up for our newsletter by using the contact form in the "Connect" section. Also, I invite you to comment below and share other unique and exciting website designs that you may have encountered.

Prometheus interface design as well as the abstract art where not created nor are they owned by Saturn Digital Media. They are the property of their rightful owners and are only presented herein for inspirational purposes. Copyright infringement
is not intended.